Is the Value of Quality Really Being Valued? 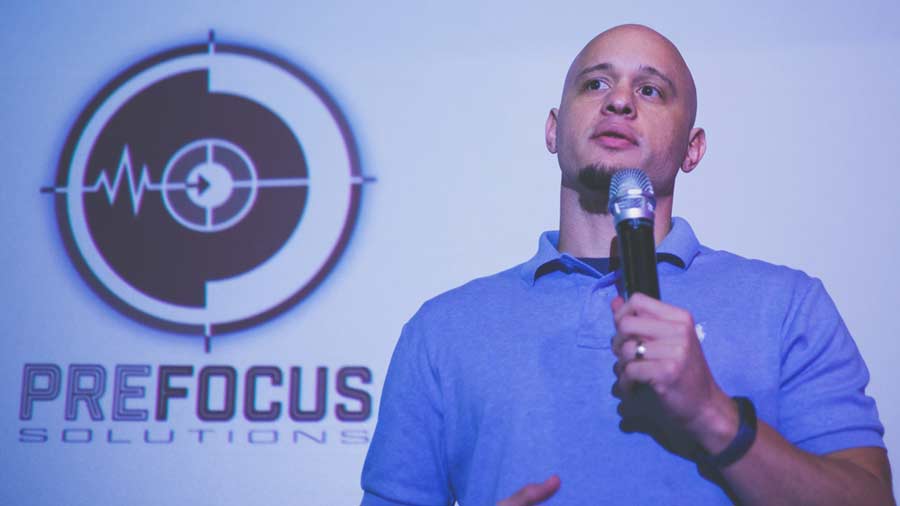 Whether a purchase causes inconvenience or disfunction, it normally forces you to re-evaluate your decision. (I say normally because purchases, like cable, don’t really apply). Often times, people pass on higher quality options because the affordable price or message speaks louder to them. But is the affordable option really that much more affordable? What if I told you that in most cases, cheaper was more expensive? Before going into my point, I wanted to take a look at why people might continue making these decisions.

Today’s online scape gives consumers the ability to pretty much buy anything online. When products or services fail them, they’re more likely to take repetitive risks instead of investing in quality for more money. It’s almost as if their subconscious is telling them they already decided to avoid the better option. The ability to haggle online, price shop or negotiate with competitive offers almost forces the consumer to sustain this mindset. But are they really being cheap?

Without getting too much into the psychological element of this (because I’m not a psychologist), can we assume skepticism gets in the way? Maybe they’ve been burned and bitterness now surrounds the need. Maybe the perception of the product or service is vague at best, who knows.. Besides, why would a consumer spend more when they need to balance out their mistake?

If we look into this further, can we assume pride gets in the way? Is their judgment clouded because they’re unwilling to admit their mistake? If so, most customers are content blaming the product or business. But what if their hesitancy was due to their inability to define what a quality purchase is? If this is the case, then they’re more than likely incapable of feeling comfortable spending more. Let’s take a look at a few examples to make sense of this.

1. An Average Consumer that Climbs

Joseph is an avid hiker. He enjoys broadcasting all of his hikes across the Valley. He’s just an average Joe, so he doesn’t necessarily have the best equipment. If you were to ask him what he relies on the most during his hikes, he wouldn’t tell you his camera. He’d tell you it was his boots. But Joe doesn’t believe in spending $250-300 on something he relies on.

He actually despises some of the high ticket items and believes he’s fine with the $100 pair he buys. They’re better than most, he thinks. He’d rather spend that money on a GoPro, right? But time and time again, he captures his boots malfunctioning during a hike.

Joseph feels good about traveling back into Boot Barn for some off-brand tread. He doesn’t even think twice about the time he spends doing so. It’s become a part of his reality. This average Joe doesn’t even see the opportunity in front of him to grow his following by reviewing (or endorsing) high quality boots!

The real reality is, he’s buying 2 pairs of low quality boots per year when he could buy a quality pair that would last him 2 birthdays. He’d have nothing to lose but he doesn’t believe in spending more. His pride or stubbornness is playing a big role in his ignorance. With that being said, how are the better boot businesses focusing on this? Is quality being presented in a way that it’s valued?

While I really want to help my man Joe get started as a social media influencer, I also want to help this man realize he needs some better wheels. Even if my only value proposition is finding a girlfriend instead of going to Boot Barn! It’s important that he knows I understand his stance but want him to improve HIS quality of life. Why would he listen to my “better than” pitch if he doesn’t believe my product is better than?

Quantitative Over Qualitative Reasoning is Risky

In my opinion, the most difficult job of a quality business is persuading someone to buy from them when they don’t really have the money. In reality, most people don’t have the money to pay more for something that could be the same. In other words, they choose not to.

Service companies that invest a lot of money in higher quality solutions tend to struggle closing lower income families because of this. They tend to stick with targeting those who have excess capital because the probability is higher. But, they’re missing out on a huge opportunity to educate and benefit a consumer that’s on the verge of trekking down a long trail of misfortune. Let’s take a look at another example. 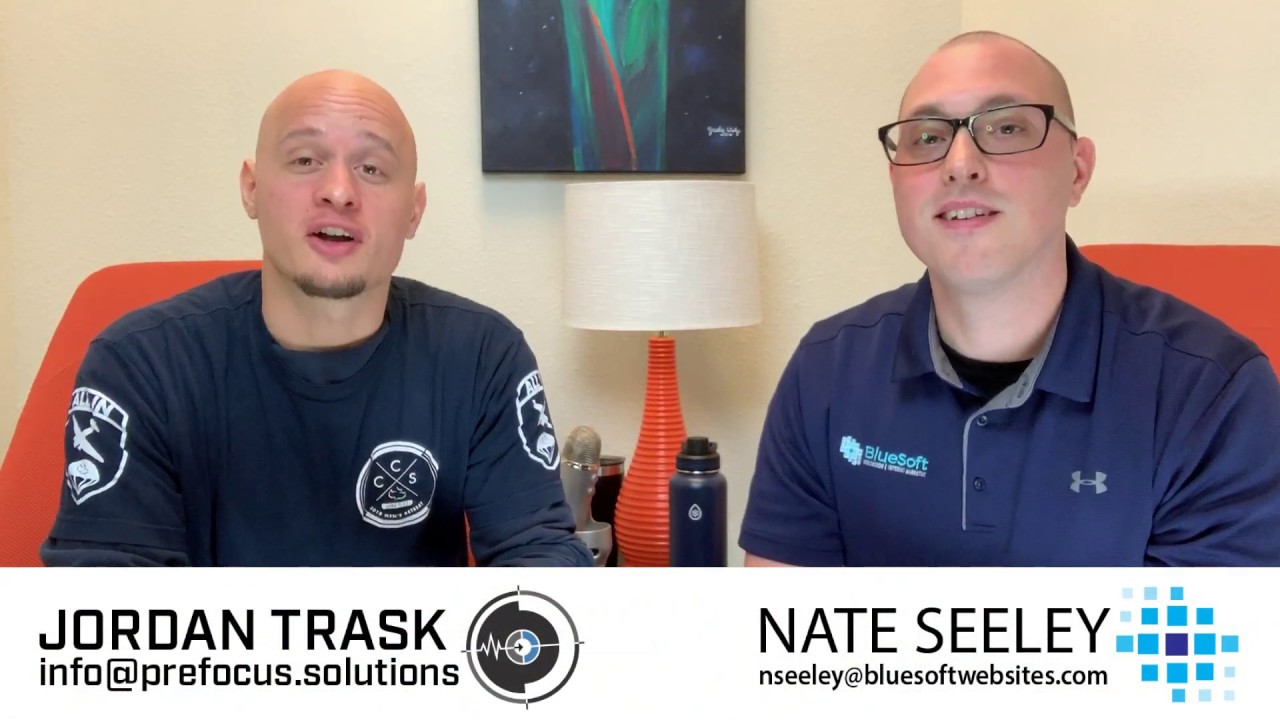 2. A Struggling, Broken Down Consumer

Mike ArrSucks bought a “beater” two years ago in order to work as a pizza delivery boy after school. Instead of paying more for a better car, he settled with the 250K mile gem that lacked AC. After finally saving up enough money to get his AC fixed, he let one of his buddies install some new parts he bought cheap on RockAuto.com. After a few malfunctions, he had a friend’s friend (who was a “mechanic”) take a look. After paying him to make a few adjustments, he ran into problems with the AC compressor.

When it was all said and done, Mike was forced to take his car into a mechanic. He ended up paying 3x times the amount it would have cost him to just have them install a new AC. But he remained positive and viewed it as a learning experience. It’s the car’s fault, right? Mike was able to enjoy his cooled cockpit for only 2 months before his transmission went out. Desperate to get rolling again, he followed the same blueprint as the AC problem. Not long after he was rolling again, the head gasket blew.

After a few rounds of ignorance, Mike was car-less and broke. Truth be told, Mike got fired as a pizza delivery boy. He ended up taking a job as a janitor at his old high school just to get back on his feet. Talk about a string of bad “luck,” right? Wrong. All of this stemmed from a string of bad purchase decisions where he didn’t value quality solutions.

Why was Mike so afraid to change his behaviors? Did his pride get in the way? Should he have simply scrapped the car and invested in a better option to secure his ability to make money? If he could do it differently, would he have paid $4,000 to avoid all the headaches? I’m not sure. But if someone helped him understand the cost of quality I bet he would.

You see, a bad experience doesn’t necessarily create an “ah ha” moment. To Mike, it’s too easy to blame misfortune or bad luck. Even though he’s to blame. How do we help him now and why wasn’t anyone helping the young man before?

Why Understanding the Value of Quality Matters to Me.

As a strategist, I can’t help but analyze these types of scenarios. It helps me improve our client’s approach while helping consumers actually satisfy their needs. This is something that’s always caught my attention. It’s allowed me to really put myself in the consumer’s shoes and make sure I’m asking the right questions when positioning a brand. I’ve struggled with this myself. As a business that provides a different element of quality, I have to be able to nurture and not sell. If I don’t, then I become susceptible to comparison. If I’m compared off price, I’ll lose. If I’m unable to define why quality costs more, I lose.

I have to understand who values quality first. Then I have to be able to understand why people don’t so I can help them avoid the same mistakes Joseph and Mike made (but from a marketing standpoint). I have to be able to explain why a PreFocus is worth every penny and why avoiding it can be costly. Not in a bashing way – but as an educational approach that feeds their ego. Pride stems from a belief that one’s opinion (or perspective) is better.

The only way I can get them to buy into quality solutions is explain what quality means. An article like this cold create a paradigm shift in itself. When business owners see the value, they feel like they’re making the decision themselves. They’re not being sold on ideas and concepts, they’re understanding the reasoning. When worth is visible, price is invisible.

In my opinion, the advertising element is the only thing that’s persuading “better” right now. People are being talked into the fact that cheap is enough. That it’ll satisfy their needs for now. That it’s a safe choice that delivers.. for now. While buyers remorse may plague society more today than ever before, it still hasn’t been enough to really get people to change their behaviors. It’s more likely that they continue to try similarly priced options to avoid paying more for what they need.

Whether their decision is based on need or want, their ability to purchase the item right then and there is extremely opportunistic for marketers. Hounding people (quantitatively) for their business just isn’t sustainable – but it’s what many low quality businesses are winning with right now. Whether consumers have the money or not, they’re always going to want to save as much cash as they can. Persuading with quality is a lot more difficult than persuading with price. The only way for high quality brands to overcome this is to change the market’s perception of quality. Helping consumers see through the pitch and understand the value of quality will eventually help them change their purchase behaviors. It’s really all you can do.

Be purposeful with everything you do guys.. and always remember to PreFocus.

Request a Brand Analysis Before Investing